Nothing currently in production, but it’s very possible. The only genre I wouldn’t write is Romantic Comedy which has always struck me as “adorably elaborate ways to stalk a reluctant partner.”

What comics do you enjoy/read? Any specific creators that you follow?

I want to see anything drawn by either Jaime Hernandez or Laura Park. My favorite non-comic read this year was The Hemingses of Monticello by Annette Gordon-Reed. It’s one of those books which echoes in your mind long after you put it down.

What’s next for you? Any other upcoming projects?

Henni Book 2 will be out next year. I’m currently in the very early stages of writing and drawing Henni Book 3 (which will conclude the trilogy). I’ve already written/drawn about 360 pages. There’s still about 200 remaining in the series, which is both daunting and desperately exciting. 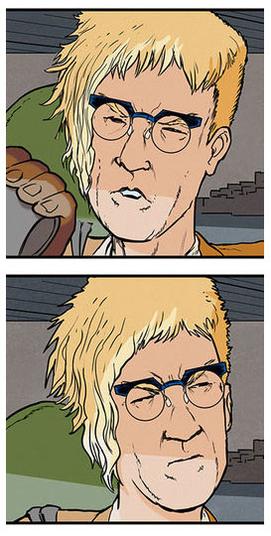 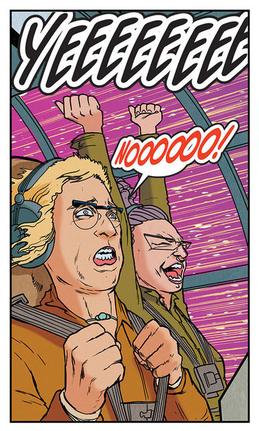 Did you study or refer to sci-fi genre tropes when you were developing the idea? Anything that you wanted to specifically include or avoid?

The thought process was: what would an alien (a true extraterrestrial, not a bald grey metaphorical facet of ourselves) want from Earth? If they were masters of interstellar travel through an infinitely abundant universe, it wouldn’t involve precious metals, water or fossil fuel. Maybe sex? Nope. As there would most likely be a mutual revulsion factor.

So I thought about what Earthly resource could be unique enough to risk intergalactic conflict. Nothing useful or necessary to them (otherwise a parallel substance would surely have been shaped by the evolutionary process of their home world). That left a desirable luxury item. By that roundabout thought process I decided that it was a fair construct that there would be no bees/sugarcane/etc. anywhere but Earth.

Where The Sweetness IS intentionally diverse, is not so much my choice of leading ladies, but the handling of their respective backgrounds. Scout is a Jew (who actually looks like a Jewess in a representational, non-comedic way) and Nelly happens to be a Trans woman (which isn’t used as a gimmick or even a major plot point). 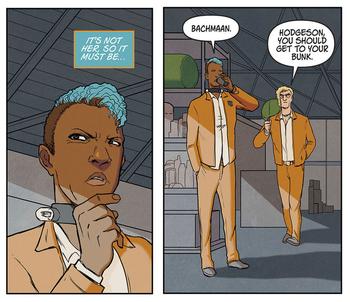 For example, Bachmaan was meant to die in the first issue, but when I saw the TERRIBLE new wave hairdo and Warren Zevon smarm with which Kevin imbued the designs, I immediately revised the script to keep him around. Kev’s creative input made Bachmaan a completely different flavor of villain.

Nelly & Scout are a great pair of space adventurers. Are there plans to continue the story for them?

Our first story arc concludes in issue #6 (which will be longer, weirder, and packed with more ridiculous filth than any of the previous 5), at which point we pause, breathe, and put out a collected GN.

After that? We’ll see. Scout and Nelly are so fun to write, I’d definitely love spending some more time with my raunchy badass smugglers.

Do you have more science fiction stories in the works?

Rowdy, and at times raunchy, comic Sci-Fi adventure The Sweetness (from Z2 Comics) follows the crew of a spacefaring delivery ship who get caught up in an interplanetary smuggling ring. The series is written by Miss Lasko-Gross, the award-winning author and illustrator of Henni, Escape From “Special”, and A Mess of Everything. We asked her about the series, diversity, and what projects she has in the works.

My audience are generally bright people who like fun, multileveled entertainment. I feel safe in the assumption that they don’t enjoy being bored or pandered to.

Was the creative process any different for you this time?

Sure. When writing for myself I can use a collection of scratched out notes, dialog and thumbnails to guide the visual structure of the book (what my husband refers to as my “crazy person journals.”). Writing for another artist (in this case the IMMENSELY talented Kevin Colden) means a clear, tightly edited script with traditionally detailed descriptions of the action. As an artist, I take special care never to write a panel I couldn’t visualize myself.

It’s a very novel concept, Sugar as an illicit drug in the universe. Any particular things inspire that storyline?

Well, I’ve always been fascinated by sugar. Any more than a small taste gives me wild overwhelming energy and (I think) spoils the taste of food. My opinions on sugar are clearly in the minority though; it’s the drug everyone else agrees on. Attraction to sweetness is written into our genes, children instinctively crave sweet. Probably because organically occurring sweetness is often nature’s way of indicating a substance is safe for consumption. Perhaps I’m just bitter because I don’t metabolize it well.

Kevin Colden’s art is a great fit for the outlandish action and wild story. I appreciate that the characters are not all the same generic idealized shape. How much did the two of you collaborate on the look of the characters, aliens, etc.?

Kev and I work well together because we both love the rude and grotesque. We tend to find more beauty in the schmutz of reality than candy gloss fantasy. For my part, I try not to have an inflexible vision of any character or scene because Kev’s creativity inevitably shapes the end result (while ultimately staying true to the story). His choices even influence my writing.

The Sweetness is very different from your previous work. Was that intentional?

It wasn’t a calculated choice. Comics are immensely time consuming and criminally under-financed (in relation to chair time), so it’s important to only work on what you’re authentically passionate about. Cranking out an expected or safe product is an uninteresting proposition. When I first did autobio for Fantagraphics (Escape From “Special”, A Mess Of Everything) some people who liked Aim were confused. When I did Henni there were some similarly perplexed folks. Likewise for the move to the nasty Sci-fi of The Sweetness. However if you look beyond the genres/format there is a consistency of worldview and humor. 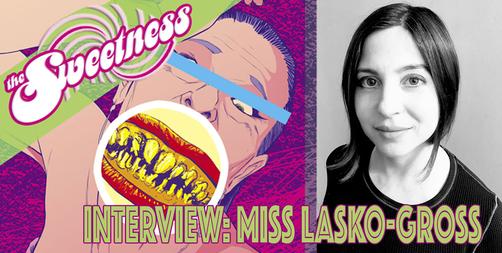 Also, in terms of tropes, no one will ever rapidly montage their way into proficiency at a life-long skill, or kill legions of conveniently faceless enemies. Those are two set ups that always feel like a massive artistic cheat, which undermines my ability to give a shit.

We see a lot of diversity in the crew and those they encounter. Is that something you strive for?

I live on the Lower East Side (NYC) and at least half of my daily interactions are with people of color. So I can’t really take credit for anything beyond reflecting the reality of my environment. It’s the dominant whiteness and uniformity of most entertainment that seems unnatural. Why so deliberately Caucasian and skinny? It’s clearly someone’s fantasy and if it weren’t for the current election results I might ask “who wants to live in a place like that?” This last week I feel as though retroactively I’ve lost 100 past arguments about how racist our nation still is. It’s so disappointing. 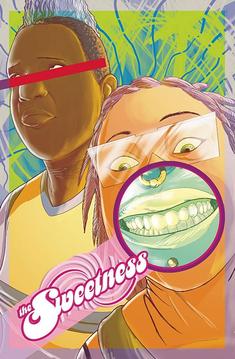